“We’re all just walking each other home.”

I was inspired by my friend Chloé Caldwell’s writing exercise suggestion from her essay on Hobart this week) with credit to Chelsea Hodson’s People I Don’t Talk to Anymore.

1. The girl on the playground who had a sparkle in her eye and started a secret witch’s coven. We used to walk the perimeter of the playground and talk about white witchcraft and black witchcraft. We decided we’d only practice black magic if we had a very, very good reason.  Once we went to the woods past the chainlink fence, right past the basketball court. Kneeling in pine needles, we chanted from a witchcraft book she borrowed from her aunt. She said we’d become witches if we chanted it. It started out “double double toil and trouble.” I’m 99% sure we said “double bubble.” But the chant was exhilarating, our voices shy and soft at first, then louder, in sync. In high school when we read Macbeth I recognized the chant. Song of the Witches.

For years, I wondered if the chant did anything. If it worked. Even now, tbh. 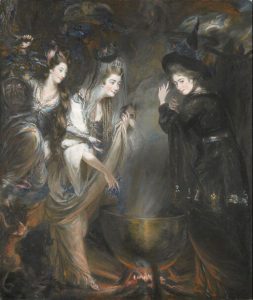 2. A woman who had a baby around the same time as me, with the same midwife as me. She had curly hair and a baby boy whose name sounded like it should be followed by P.I. She was nice to walk with. Just a pleasant person to be around. We wanted to be friends, we just didn’t have the time. She lived kinda far and everything outside of my immediate family seemed like too much effort. When we went to the trail at the lake, our babies screamed the entire time. “Let’s go back,” she said. When we got to the car I saw she was near tears. That was the last time we walked, even though she left me a sweet voice message. “I like walking with you,” she said. “If I had more time,” she said.

3. The addict who hitched a ride to Austin with me. He always smoked when we walked around the trail. He also reminded me more than once that he was the one who broke up with me. The last time he said it, I laughed. “Whatever helps you sleep at night, man.” He told me when we first started dating that when his childhood friend died, he didn’t know why everyone was so upset. When he described how mystified he was, I felt a flight or fight response. The whole two years I was with him. 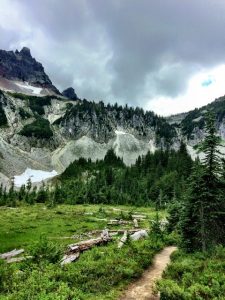 4. The stripper from the Lusty Lady with the soft blonde curls and even softer curves. Once when we were walking downtown, she flipped up her skirt as a bunch of guys were walking by. No panties. “Just wanted to give ’em a little thrill,” she said. They had all froze. Once we got some distance, we could hear them laugh.

5. The trumpet player with the long black curls, brown skin and freckles. When I danced with her, she danced with me back. It made us both feel like kids. She had an alter ego named Rick. I was very interested in the alter ego, especially the scenarios she scripted with him and women, including Madonna. She acted like it was something she only did in high school, but I could tell: Rick was still around. We walked and sometimes sang and danced from her apartment to Broadway. Before they painted the rainbow crosswalk.

6. The boy who held my hand while he walked me home to change after I peed my pants in kindergarten. His name was Christopher and I thought that Winnie the Pooh was written for him. It seems unbelievable that two kindergarteners would walk alone but it wasn’t scary at all back then. Everyone’s mom was home and it was only a couple blocks away. He didn’t make fun of me for peeing my pants. He said the same thing happened to him.

8. The saddest girl I’ve ever met.

9. The girl I dated in high school who got kicked out of her house for being gay. She lived in a room with no windows in someone’s basement. We walked along the beach in Edmonds and one time the train went by, very close to us. I turned and looked at her, our hair blown back, hers white blond, mine black. We grinned at each other even though we couldn’t breathe because of all the wind from the train.

10. My friend who got me through the latter part of my 20s with her wildness and truth. Also her laugh. I walked all over the city with her, drinking, smoking, eating. It seemed we could never get enough food. Our conversation was ongoing, delving. I felt with her the way you are in love when you don’t know you are. Once when we were walking on the campus where I ended up going to college, before she moved away, a group of naked men jogged by. They were singing something that I can’t remember. We watched them run, looking at their white butts well into the distance. We stood there for a long time, talking, sharing cigarettes. “We should do mushrooms sometime,” I said.

“You’re the one person that I don’t think I’d ever need to do drugs with,” she said. Nothing could be better than this, right now. With you.