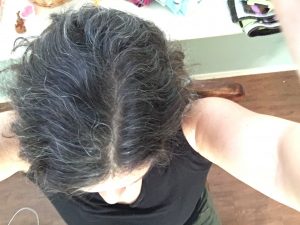 Proof that i am knowing more shit than you

It’s one or the other. Either no one is going to stalk you or anyone is going to stalk you. You’ll never know. The object of my attentions slyly suggested I’d grabbed some photos from their Facebook page and I said “No, I haven’t stalked your page at all.” Which was a lie, although I didn’t think of it as a lie at the time. I had indeed stalked their page because my work wife had showed it to me, so I stalked by proxy. Not deeply, but I had. I’d seen a picture of them with their dog. I’d seen a picture of them with their spouse, their dad. But it was only briefly and it seemed so complicated to bring it up this way, so I said no, I hadn’t.

I’d mostly stalked the athletic group they are a part of for photos of them so I could show people I’m friends with so they’ll know who I’m talking about when I talk about the HOT+ person at work I’m crushing on.

The flirtation has died down a lot and I’m a little melancholy about it. I’m not sure why. My work wife said I don’t seem as infatuated as before, and that’s definitely true. I guess when it comes down to it, I like being infatuated, and I like doing it from a particular distance. This has been true for as long as I can remember.

My biggest crush of all time was a total arm’s length situation. She was a few years older than me, in a long-term relationship with one older woman in her forties then she had sort of sex with me and then she left her for an even older woman in her forties and I don’t actually remember if we had sort of sex while she was with her or not. I don’t think we did. When I knew her, she said women in their forties were wiser and that there’s something women knew in their forties that younger people just don’t know. At the time I was very against this idea. I said that I did not agree with her, that plenty of people reach their forties without greater insight and that wisdom does not necessarily come with age. I remember feeling a bit of a sting in her words. I detected a slightly sadistic pleasure in her arise whenever we had this conversation. A little half-smile. She liked to watch me work.

My work crush is in their 20s and I was a little horrified when I first discovered this fact. I hadn’t ever had a crush on someone that much younger than me, and it seemed at odds with my perception of them as extremely competent and grounded, in terms of their career, their home/family life, and just their relationship with themselves. Also they have a little salt and pepper action going on so it never even occurred to me they were that young.

Something about this situation that is different is that everyone is being transparent. The object of my attention doesn’t really share my feelings of adoration and is interested in the attention only which is both humbling and at the same time healing. That is very different than my history of chasing after people who sort of pretended to be interested but ultimately just wanted the attention. Not once did I have someone who said, “You know, I like the attention you’re giving me. I don’t feel the same way, but I like the positive interest and am getting so much out of it.” So I really admire that and it’s making me accountable for my particular delivery of attention and what I’m getting out of it, which is basically the following:

I really like giving positive attention to people I’m a little obsessed with. I’m curious about them and what makes them tick and I’m good at asking questions. I’m good at listening. I’m good at figuring out what shirts people like and I’m good at saying the right things at the right time. So the fact that this person is willing to receive this energy from me is allowing me to express this side of myself in a way that doesn’t feel disingenious. And I like getting attention for giving attention well. The other day I reminded my friend Chloé about how she told me that there is always a dyke at her readings who has kind of a hungry look, and that she always thinks they will come to talk to her and they always do. “I always know exactly which ones,” she said. I mentioned it recently and she said she forgot she said that but it’s definitely true. “I like reminding people of things they said,” I said. “Me too,” she said.

I like to go right up against the edge of what is appropriate. I like being wild with people, pushing their buttons. I like getting riled and excited. I like almost masturbating to their picture but stopping short of it because come one, they are in their twenties and furthermore, isn’t objectification the flip side of devaluation? I texted them with a somewhat bizarre request. I asked them to apply chapstick I’d given them in front of me at a work meeting. Texting is the easiest way to get right up against that boundary. Out of all technologies, texting is the queerest around. They said:

I can acquiesce to that request

I don’t think so. Not if the object is cool with it

If I do this dance with someone, with myself, then I’m not really dying. I am astounded at their energy and their activation. They talk about sex a lot. They have a lot of projects and activities. They don’t seem that tired at the end of the day. They’re looking for action. I remember feeling this way and sometimes I still do, but I have to admit, it’s fleeting. I remember a scene from Paris is Burning so well, I’ve replayed it in my mind many many times. It’s when Dorian Corey says something while applying mascara in the mirror, barely moving her lips: “As you get older, you sort of…lower your expectations.” This has been true for me, but I don’t think it’s a bad thing, either.

As you get older you tend to recognize patterns more, especially that the same ones tend to come up again and again. But it doesn’t do any good to tell younger people this as a way to invalidate their experience, which is what most older people try to do, including my former crush, although I’m sure that wasn’t her intention consciously. 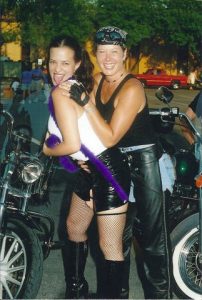 So I guess I’d say to her (if we were still in touch) that she was right but only partly right. You see things in a different light but that doesn’t necessarily make you wiser at 46 than you were at 26. I’m still giving a lot of mind and heart real estate to arm’s length crushes, for example, and I suspect that isn’t likely to change. I also still waste tons of time and get stuck on the same shit and lose things I don’t wanna lose and say and do stupid shit. I have managed to hang onto some of my idealism, which I’m grateful for, and I also have managed to force myself to grow up a bit more without losing my creativity. I don’t really want to die but I know I will eventually and there’s not much I can do about it. Buying an actually kind of expensive shirt for a 20-something person is not going to change any of that.

On the other hand, women in their 40s have a tendency to lose that sense of “open mind” and the flexibility of the ingénue. This leads to a point of view that can be more jaded or closed. I see more things as sad than I used to, for example. I told the object of my attention that I found a sign at the athletic venue sad, because I had known the person who started it and her disappointment at losing what she’d worked hard to build. They shrugged and said, “But it’s here now. It’s in a place of honor.” They’re right, of course. The whole thing is part of her legacy, really. I hadn’t talked to her in ages so I have no idea how she feels about it now. But she was a person who started some shit.

I might connect with sad aspects of things more easily, but I don’t think that necessarily makes me wiser or more aware overall regarding the emotional “truth” of any given situation. On the other hand, I can express the nuances of my disagreement with my old flame’s thesis more clearly now that I have the additional experience. So maybe she’s more right than I think. I’m also using a monologue style vs. actually conversing with her, which is much easier in terms of making myself sound right.

“So we don’t listen to what kids know.”

“Yeah, because they think their like, life experience is more important than ours.”

“That’s messed up. I probably have to work on that myself.”

“You’re okay at it but sometimes you go on and on. It’s more like you’re writing an entire essay in your head and saying it out loud. You should probably just write it.”

“That’s not bad advice, you know. Thanks.”