I know that internet and social media use is a difficult thing for many people to navigate. I’ve even heard some people say that the internet and our phones actually cause ADHD. I don’t agree with that because almost everyone uses the internet and not everyone has ADHD. There’s also plenty of research that suggests there is an actual brain difference for people with ADHD.

I do think that social media and the internet can divide your attention in ways that might mimic ADHD symptoms. But I think it’s more about a classic reward system response. We get a little brain squirt when get a reward, and some of the things we see and do on the internet feel rewarding.

I do think my troubled relationship with social media and internet use over the years is partially an ADHD thing.

I stopped using Facebook a couple of years ago and it made a huge difference for me. Twitter too. Instagram. All the things. I felt like all this time opened up for me and it was a huge relief.

I did lose connection with some people, and it was partially because I fell off of everyone’s radar except my closest friends. I was such a loudmouth on social media, it kept reminding people I was there. I had some good one-liners. I have cute kids who say interesting things. I was probably somewhat interesting to message about stuff.

A few people reached out to me when I deleted my accounts and asked if I was still alive and if I was okay. I think people thought I was depressed, but it was actually the opposite, I just really liked having the freedom. It may have seemed drastic, but the reality was I was slowly culling my participation in social media and limiting my internet use over time, over a year before I actually quit.

One of the habits I had with internet/social media use that really stood out is that I used to do a lot of “looping.” I’d loop from my email, to Facebook, to Twitter, to Instagram, to email, to Facebook, to Twitter, to Instagram. It was almost endless, several times an hour. Then I’d look up and wonder: where did all the time go? And what did I actually get out of doing this?

When I first got a dialup internet connection in my tiny apartment in Ballard in 1995, and got the @aol and @hotmail addresses of a few friends and family, I’d sometimes sit there at the computer for several minutes hitting refresh. Refresh. Refresh.

I wanted to hear that I had mail. If I got mail, then I’d have something new and shiny. I could open it! Maybe I have a secret admirer! I wanted to stave off the horrible loneliness, maybe. Refresh.

It had a lot to do with intermittent rewards. Sometimes, of course, I really would have an email. There’s some evidence that indicates people with ADHD have dopamine deficits and are always looking for ways to get some, so they demonstrate addictive behaviors as a result. There was also an international study with a mega-analysis of MRI brain scans of ADHD and non-ADHD children and adults. Researchers were able to conclude reductions in bilateral amygdala, accumbens, and hippocampus in ADHD brains compared to non-ADHD brains. In the article, researchers hypothesized that the amygdala affects ADHD through its role in regulating emotion, and the accumbens may be associated with the motivation and emotional problems in ADHD via its role in reward processing. 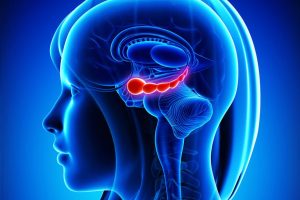 So having self-control with social media and internet, its wide openness and always availableness, has been difficult for me. I can get a reward! Someone can like something of mine, or send me a message at any moment!!

I have probably engaged in every unhealthy habit possible online. I’ve impulse shopped. I’ve watched too many shitty videos. I’ve looked at the darker side of humanity. I’ve looked up people I shouldn’t be looking up.

A friend of mine once said to me, “When did stalking become our relaxing time?”

It’s not even relaxing, really. So I don’t do it anymore. After I stopped being on social media, I found that my smartphone didn’t have as much interest for me, so I switched to a flip phone, then a Nokia. There was an immediate difference in how I spent my time. I got more done around the house. I walked around more. I got together with people more.

Except another thing with ADHD is I don’t know where the hell anything is, especially things outside of a two mile radius of my home, and I hardly ever have a pen and something to write things down on. And grocery store shopping is stressful enough for me with out a list that can be shared with my husband and changed when I think of it, not hours later. I went back to an iPhone after about six months.

I don’t really text though. It’s too stimulating for me, I actually don’t enjoy it. It’s manic, too immediate.

I realized this week that if I’m going to do be conscientious about examining white identity and white supremacy culture through the personal lens, I need to stay extra engaged with current views and practices around race and dismantling racism, and the best way to do that is Twitter.

You can follow people who are trustworthy on Twitter, experts in this work, and you can follow anti-racist organizers who are more than willing to share resources with you. Marginalized voices have never been more accessible. That’s what I love about Twitter.

What I hate about Twitter is the cancel culture and public shaming. I’m not saying it isn’t called for at times, I just don’t like seeing it. So I’m going to be more mindful of what I’m following and what I’m digesting.

I was talking to my therapist about reading news, seeing disturbing things in the news, and she said, “You have a brain difference that makes you more sensitive to these types of stories. So you need to exercise self-compassion in what you choose to see, and truly examine your habits around this. We can be traumatized by stories, real or not. And it says absolutely nothing about your character if you want to protect yourself from that.”

I’ve been limiting myself to learning locally or from friends about what’s going on in my city or nationally. I still look at national news once a week and try to stay away from anything violent or graphic. No news outlets.

I’ve gotten to the point where I’m actively engaged in efforts to effect change (mostly at the education level) and I’m growing my awareness in other ways, including policy and protest, so I don’t need to watch videos of violence against Black bodies. I know that it continues to happen and I stay involved at the level I’m able to, so I’m demonstrating self-compassion in not viewing these types of stories and videos anymore.

In terms of social media, I plan to introduce more structure into my habits than I had previously. I’m going into it with a better awareness of what I can take and leave.

My favorite reaction so far to my announcement of my ADHD diagnosis was a high five.

Here’s to knowing thyself. Whether you have ADHD or not, your brain needs your compassion.