Diagnoses are interesting, aren’t they?

Oxford Dictionary defines diagnosis as the identification of the nature of an illness or other problem by examination of the symptoms. Its origin is Greek, from diagignōskein (meaning to distinguish or discern), based on the words dia (apart) and gignōskein or, to recognize, know. To me, that sounds like a good thing. To know something and recognize it, to distinguish or discern. Diagnoses are not always accurate, and can even be controversial, but ultimately it is just an examination of symptoms and an identification of what they mean.

So, what about a diagnosis for ADHD? What is ADHD? Does it even actually exist? And if so, whose fault is it?

Doesn’t everyone have ADHD?

No. Not everyone does. As someone who works with children with real disabilities, I am still mystified by how often people say this about so many different types of things. Things I’ve heard in meetings about the child’s individualized education programs: I stutter sometimes. Don’t we all have problems expressing ourselves?

It’s never the parents who say this.

I think at the core universalizing someone’s experience of disability is an attempt to shield ourselves from feeling the perceived pain of someone’s situation, whether it’s their disability or any other kind of difference.

When I was in relationships with women and used “lesbian” or “dyke” to identify myself more often than not, I never heard anyone (aside from Nirvana) say “Everyone is gay!” I hear it about bisexuality all the time though. Aren’t we ALL bisexual? Even if it were true, what’s the point in saying so when someone is talking about their own sexuality? It’s kind of a shutdown move.  It’s like, “Hey, don’t share your experience because I’m theoretically already aware.” There’s a subtle pushing away there, and believe me, it is felt. There’s a term for it: bisexual erasure.

It’s the same with disabilities, particularly “invisible” differences like ADHD or even some learning disabilities like dysgraphia and dyslexia. Or a number of chronic illnesses people can have. It seems the immediate response many people have is to deny that it’s a thing, or to envelop it as everyone’s thing. So it devolves into a conversation about whether or not the thing is real and a judgment of the authenticity of the person’s experience.

I’ll give a brief synopsis of my ADHD diagnosis. I started seeing a new therapist recently, a Buddhist hippie therapist. She was completing the intake in her office that smelled of minty essential oils. I started working with her so I could try EMDR. One of the main barriers in my Aikido practice was an extreme fight or flight response whenever entering a moment of conflict. One of the guys would grab my wrist, and I would freeze up, panicking. It was almost a trauma-level disorganization. It actually became worse the more I practiced, and I could not figure out why. So I decided to set about uncovering what that flight/fight response was about and heal it, with centering work.

That’s why I sat in this minty fresh office with a pleasant therapist with a very smooth bob who actually had a pretty good laugh. She asked me intake questions for EMDR. The usual  therapy questions about my childhood, any deaths in the family, etc., while others were about personality traits seemingly related to introversion/extroversion and other things.

When she asked why I sought EMDR therapy, I told her about issues with focusing during a conflict or feeling put on the spot. “It’s like everything becomes fractured, and I’m like a deer in the headlights. I can’t focus on anything else.”

“Is that the only time you feel you have trouble focusing?”

“No, but I wasn’t aware of it until I started practicing Aikido.”

“An embodied experience can bring a lot to the surface,” she said. “Do you ever have problems with misplacing your keys and phone?”

I showed her the tile on my keychain. “See this? My husband got it for me. I can call my keys from my phone. Except first I have to find my phone.”

“Is this new, or have you dealt with this your entire life? Losing things, trouble focusing?”

“I’ve always been like this to a degree. Schoolwork, keys many times and in super weird places, and lots of other things.”

She nodded, that friendly therapist pause. Insert self-reflection here. “You might consider getting tested for ADHD.”

“Really?” I pictured the boys I worked with at schools who were forever falling out of their chairs, grabbing things off my desk.

She shrugged. “It can look really different for women. Sounds like you have some of the characteristics. Might be worth looking at.”

So I immediately went home and took a FREE ADHD 3 Minute Quiz INSTANT RESULTS. Here are a few of the questions:

Are you typically distracted (or find it hard to focus) when there is activity or noise around you? Check.

Do you have difficulty unwinding and relaxing when you have time to yourself? Check.

Do you have a tendency to lose things that are important for completing a task (paperwork, keys, etc)? Check. 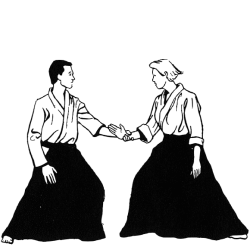 The results: STRONG INDICATION OF ADHD. But I mean, come on, that’s only three minutes! So I took another one that was more in depth. Pretty significant as well. I mentioned it to some people on a decluttering Austin discord group I’m on and they were all like “Oh yeah everyone has ADHD, tbh. I’m pretty sure I do.” Most people I know don’t have the same characteristics of losing things or getting bogged down when in charge of administrative tasks the way I do. Or jump from idea to idea like I do, burning out whenever I get bored.

Five out of six of the people on the decluttering discord took the quiz and were identified with at least moderate ADHD. But my score was the highest, so…I win, I guess.

Of course, it’s a decluttering discord, there’s probably a slightly increased chance that if you need a support channel for decluttering, you might have ADHD.

I definitely have felt a sense of overwhelm as my children have become older elementary students. There is a lot more chauffeuring, scheduling, separate things the girls are involved in–and it divides my attention almost constantly. In the meantime, all of the things I hate about my career seem to be getting worse, the paperwork and caseload increases, the meetings, the new ways to do things. I have to really stretch myself to do those parts of my job. After my last job, when I dealt with more administrator drama than I felt equipped to sign up for again, I finally decided to extricate myself from school districts almost altogether. Perhaps some of the drama was related to my ADHD, but I’ll tell you that all people in education face an enormous amount of stress and pressure. Most educator job descriptions include: Must be able to tolerate high amounts of stress.

I decided almost immediately after the online quiz (I found out later that hyperactivity in adults tends to be expressed as impulsivity) to get a formal evaluation. I’m actually a bit of a test nerd, having administered so many myself, so I wanted to find out what my attention and other cognitive skills looked like on the ol’ bell curve. So I searched the shit out of my insurance again and finally found someone up north who could test me.

I wondered if I’d be like some of the nurses I’ve seen as a speech language pathologist when they are patients in skilled nursing facilities. Educated and in charge. Highly suspicious of diagnoses and recommendations. I don’t want any therapy, get the hell outta here. I was genuinely curious and open to finding out more. But I’m sure a little part of me would be like, “Omg I can’t believe they administered that item like that, what a hack. I’ll need to look at the protocol myself. Check their work. What’s the actual reliability and validity of this test? Can I see a copy of the examiner’s manual please?” I was reading that some people don’t opt for the whole battery of tests, they just get screened by their doctor and get medication. That does seem a lot easier and I wouldn’t have to drive as far.

But what can I say? I do love a diagnosis.